This handsome man turned the Big 8-years-old this past Wednesday! Actually, it’s his “made-up” birthday. I found Boston in the middle of a highway, tired and smelling like manure in April of 2005. At that time, the vet examining him said he was around one year old. I put up fliers, called the police in the area but (to my luck) no one claimed this yellow lab, whom I named Boston. His nickname “Bones” came from my father. I walked him into my parents home after I found him, with a fused broken back leg and ribs showing; his nickname stuck. Luckily, my parents are compassionate people and let me keep him. He was a wild “puppy”, which played a large role in my decision to take up running. Thank you Boston!

Since our chance meeting, he has been by my side through good times and bad, through a masters degree, five state moves, and so much more. It’s been a hard life!! 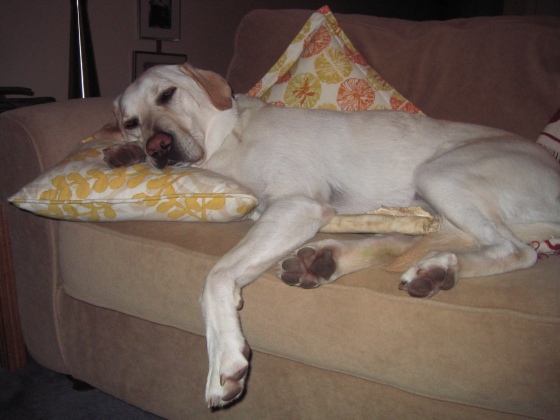 This birthday was pretty low-key.  We got him a “durable” toy that made it longer than most, a bone, and a treat that helps with arthritis… It pains me to think he’s the equivalent of 56-years-old in human years. 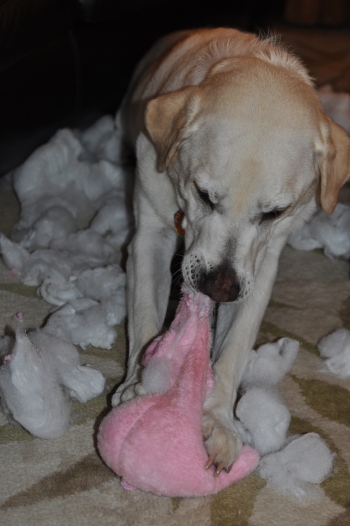 I’m so fortunate this crazy man found his way into my life.  Happy Birthday Boston; you’ve helped me more than you know.