Frank Lloyd Wright has always been one of my favorite architects. Though I’m not fond of his arrogance or family dynamic, he did build beautiful pieces of art, inside and out. I had the luxury of touring the Oak Park homes Frank Lloyd Wright build from 1889 to 1909 this past weekend with my best friend.

It’s amazing the lengths he took to get to know his clients, even making clothing that should be worn while entertaining in the home. Think about that. Isn’t the simplicity and convenience of today sad in some ways? Do you want model one, two, or three… don’t worry you can “customize” the shutters.

Our first stop was the Unity Temple commissioned for $60,000; Wright was one of the first to build with poured concrete. 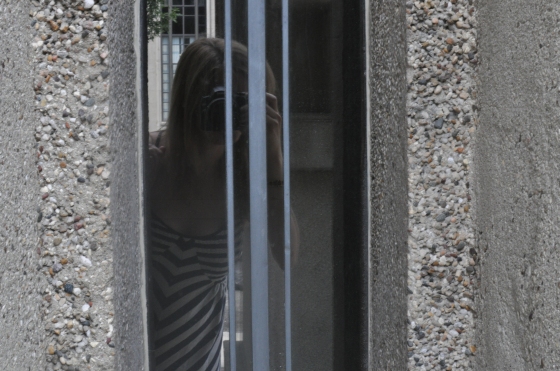 Inside, his attention to detail does not go unnoticed. 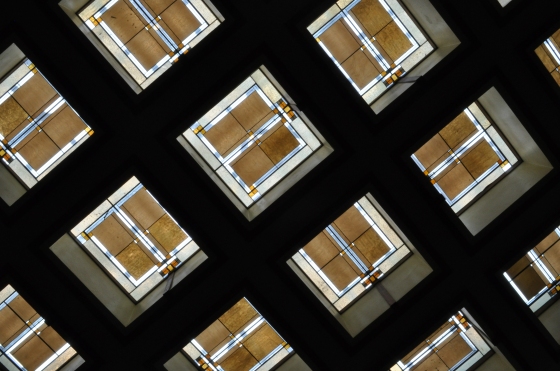 We then headed outside to look at all the buildings Frank Lloyd Wright created in Oak Park. Some were even considered “bootleg” houses, which were commissioned and built by Wright without the knowledge of his employer… this caused Wright to “resign” after his boss found out.

We also can see the changes in his design through these homes. Some were requests from the home owner (a more victorian look), some gave Wright free reign. 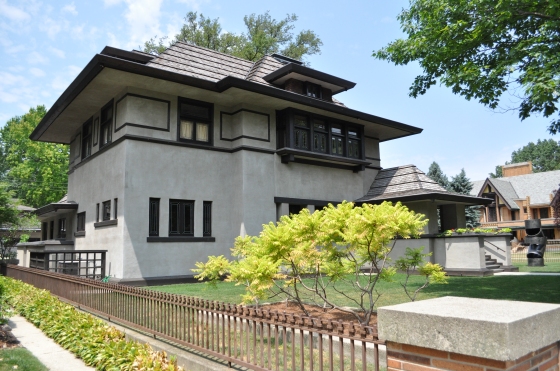 This house was the one house Wright said he regretted building. Considering how arrogant he was, thats pretty amazing he admitted this.

Lastly, we walked around the perimeter of Frank Lloyd Wright’s studio and home.

We used Chicago Savvy Tours, and they did a great job. If I were to go again, I would take a tour of the inside of his studio and home!! All the more reason to take another trip to Chicago!